Samyuktha Menon has acted opposite Dhanush in this film
GV Prakash Kumar has composed the music for this film and
Already two songs for the film have been released
and are receiving good response from the fans.

Following this, on February 17th, many groups have announced
That the film will be released worldwide.

The shooting of Captain Miller is going on in full swingWith two films in hand,
Dhanush’s next film, Dhanush’s 50th film, has been announced

Sun Pictures has officially announced that Dhanush’s
fiftieth film will be producedAlready in this alliance,
the last movie Thiruchirtambalam was released
and it was a huge collection record
It is worth mentioning that it was well received by the fans

Dhanush Vishnu Vishal Kalidas Jayaraman and
SJ Surya are reported to be in the lead.

It is also said that the shooting for this film will start in April or May
Captain Miller is concentrating on the shooting of the film
When looking at the budget for the film, it is said that many groups are
planning to make 100 crore rupees Dhanus is 50th film

So far no film has been made with such a huge amount of money
spent on a Dhanush film, definitely this film
It is also said that this will be Dhanush’s fiftieth film in his
grandest cinematic journey 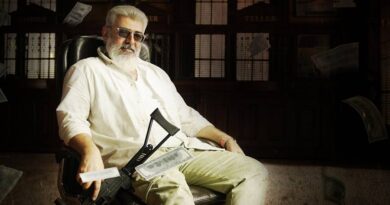