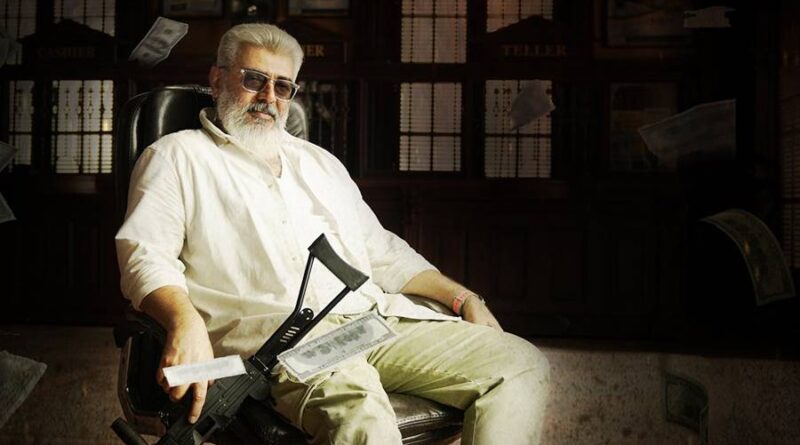 In the film, H Vinoth’s dialogues uttered by Ajith in the film shakes the theater,
but it must be said that  Ajith is intimidating in the action scenes,

While it is widely talked about that Ajith is acting with dope in some places,
in response to all that, the fight scenes prove that there is no dope anywhere.
And in the scene where Ajith dances like Michael Jackson, the theater dances along. H Vinoth shuts up those who said Ajith doesn’t know how to dance.

Every time Thala dances, the fans go wild.
The film industry and the fans are forced to give the man of the match award to
Ajith for this Pongal. Thala Ajith has given such quality Pongal dinner to his fans தல அஜித் துணிவு பட விமர்சனம்

Some of the Assistant Commissioners are planning to rob yours bank of 500 crores from a famous bank in Chennai.

Ajith, an international gangster, goes to the same bank they went to rob and brings the robbers under his control.

But Ajith has shed light on the people of this country as to who is really robbing the bank.

In a new action story starring Ajith, the central theme of the film is how banks cheat and rob their customers.

This film has taught the viewers about many things like mutual fund
minimum balance credit card and how people are being cheated and suffering.

After Billa Mangattha, Thala Ajith is seen in a negative role,
Ajith as an international gang star.

The entry of excellent quality starts at a very short time when the film starts
The biggest strength of the film is that the action scenes
keep the plot moving until the end of the film.

We can say that we have never seen such a stylish performance from Ajith in the last few films. Ajith has taken the screen performance Amazing to such an extent.

And actress Manju Warrier has done her role very well,
which makes one wonder if such stories are such an important role for
Manju Warrier who could have acted in the film.

The director of the film, Vinoth Thelath, has clearly written that what happens inside that
particular settlement bank can be visualized in this way.

It is his writing that comes before the eyes as the visual settings. The first part of the film flies at rocket speed

In the second part, she is dealing with social problems and Vinoth has said it in a
super cute and sweet way.It must be said that Niravsha, the camera man of the film,
has handled his cinematography very well

Also Gibran has composed the music for the film and the background music of
Gibran is a good support to move the plot of the film.

Editing Vijay Velugutty has handled the editing in the bank scenes of the film Thunivu.

It is also unknown how many gunshots were used in the film to have some things that were not needed
This movie also has that usual heroism that no matter how many people shoot, nothing will happen to the hero Violation of logic is what makes the film

The strength of the film is that even the flashback scenes that tell why they robbed the bank are briefly explained.

This brave film rightly tells that one should not sign any application given in the bank
with his eyes closed and if he gets greedy he will suffer huge losses.

They end up giving a strong message to the people by telling them not to be greedy for money. 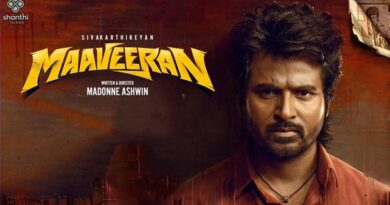 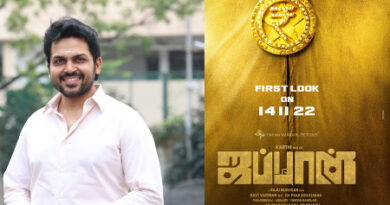